I love it when someone does something with gaming stuff that I have to and it makes me think, HOLY CRAP that's awesome!

There is a WHOLE Lot of Awesome in those posts. It got me thinking about a Labyrinth Lord, Mutant Future, Starships and Spacemen X-over RPG campaign!!!!!  Oh someday I'll have to make this happen.

Revolt on Antares is really cool too!  If you don't know it is a TSR mini-game from the mid 80's. This one 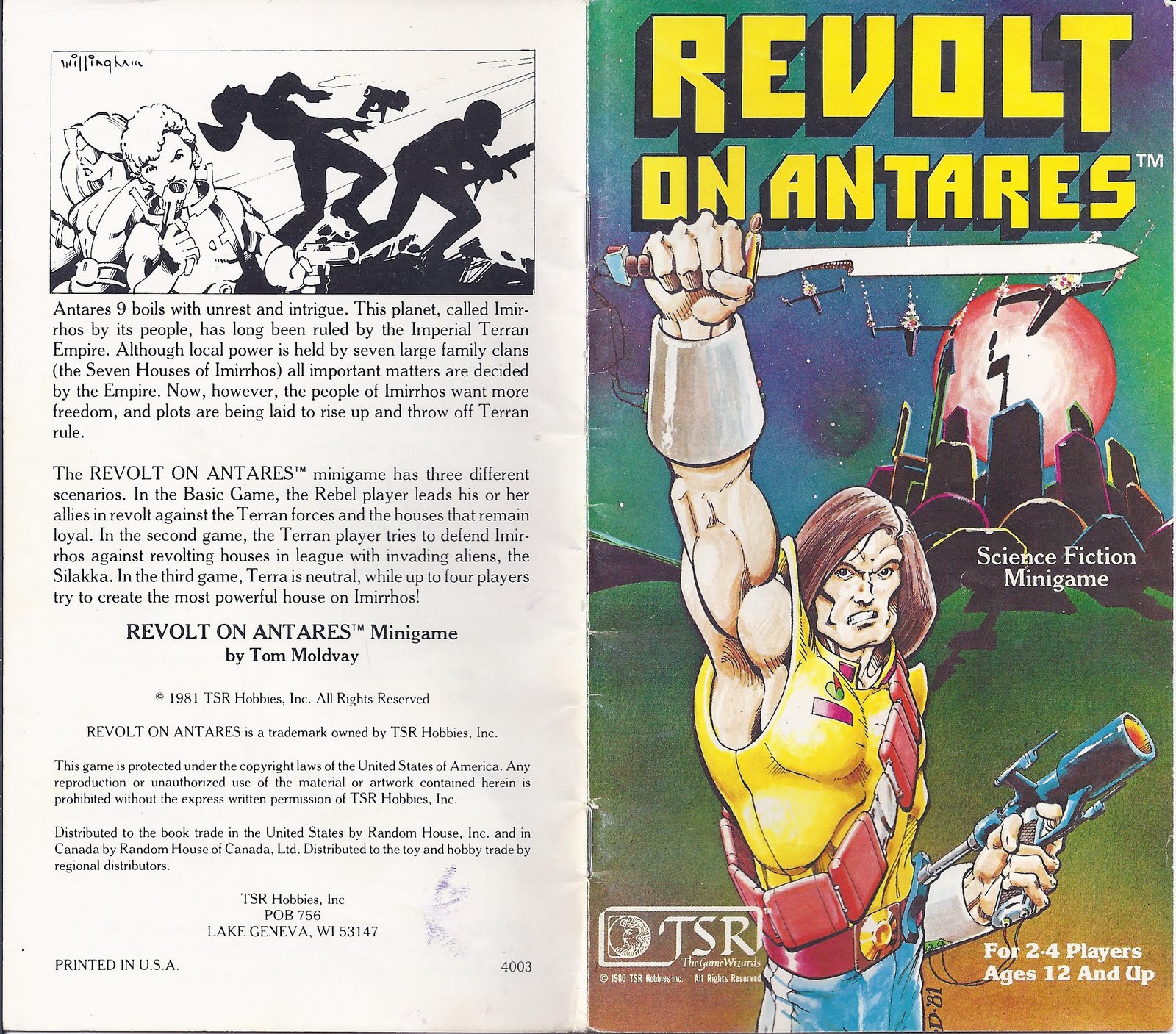 and SAGA age of Heroes were my favorites. It has bad-ass artwork inside as well. Jeff had a great idea to about enlarging this game and the counters so you could play it like normal sized board game.

As things strike me, I'll add them to this post for later Brain-boiling action!


Posted by Mightyeroc at 5:44 PM No comments: