Metamorphosis Alpha Creatures, or Things to Kill Adventurers with: Part 1

The other day my twelve year old daughter gleefully presented me with the following creatures for our games. There is a picture for each mutated animal and a brief description as well followed by suggestions for mutations and reactions. She stated to me that she would like to have them available for others to use in their adventures. So we begin our series of creatures with: 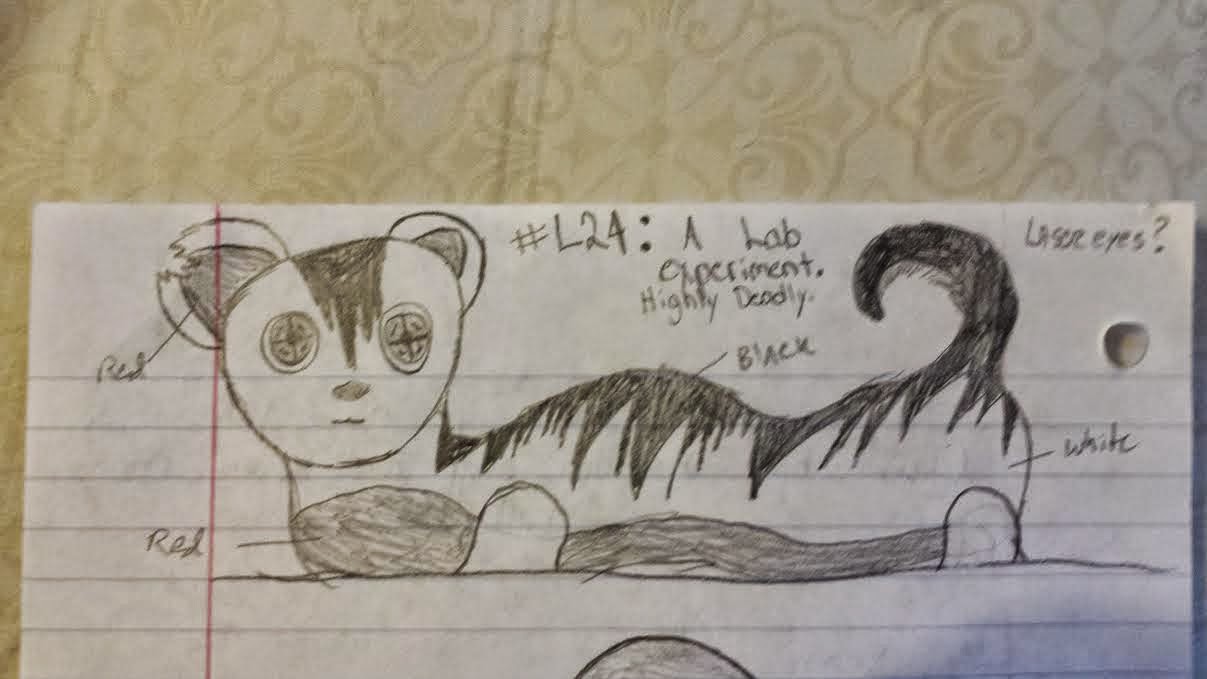 Mutations: GM's roll for 4 physical mutations and pick the most lethal combination of two for each Lahb-Katt encountered.

Appearance: Lahb-Khatts are the size of average tame household cats (6 -12 lbs) from which they are descended. They are encountered in groups of 2-4. There is a 2 in 6 chance that the group encountered is a female with her young. On rare occasion (1 in 12) you can encounter a single large Tom-cat of up to 25lbs. All Lahb-Katts bear the same unique fur coloring. The upper body is a black jagged pattern which fades to gray then white until reaching the red underbelly. The eyes range from startling green to gold, and at night can be seen reflecting light sources as they prowl around.

Normal Reaction: Lahb-Katts are very curious and will follow PC's, wait till they are at rest and attempt to sneak in for a kill. Lahb-Katts will work together to drag off small prey or items.

Attacking: Lahb-Katts always attack with their most lethal ranged mutations first if any, followed by melee attacks. Besides any physical mutations all Lahb-Katts have razor sharp claws which they employ to great effect doing 4d6 damage. The large Tom's can do up to 8d6 damage.

Procreating: The females will mate with many Tom's and gestate the most lethal combination of mutations into 2 -3 kittens. The kittens are just as deadly as the adults and have the added bonus of being super cute.

Posted by Mightyeroc at 11:52 AM No comments: