20 Minutes into the Future!

So the wife surprised me with the entire Max Headroom series on dvd for V-Day!!! 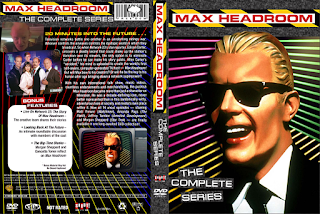 Which in turn got me thinking about the Cyberpunk game I ran in my junior/senior year in High school. Man 1987-1988, if only the Future had turned out this 80's Rad! Still we loved the crap out of this game. 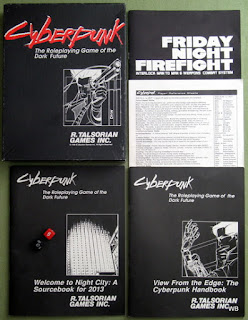 This was the box set I used to have. It died many years ago due to massive use at the table. I have to thank the Max Headroom series and reading all those William Gibson books for making this game a home run with me. My first Character was a Media inspired by the Edison Carter character in the series. 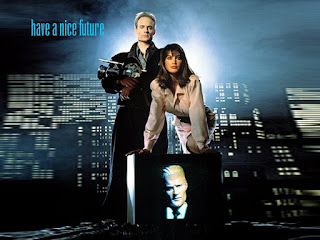 When we played this game cell-phones and the Internet were still a "Futuristic" fantasy, But HK MP3's and cybernetically enhanced killers were totally awesome! I love this game but I don't think it would hold up for me now living in the "Future" for real, and it just doesn't compare to those evenings in Night City....

Anyway time to go watch Max and everyone at Network 23!